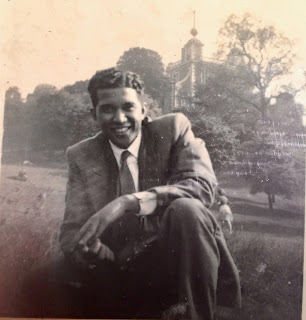 I take a closer look at the photograph. I thought that my father’s face would reflect the bitterness and trauma from the war 5 years prior. As I search his face for any sign, I find nothing. Instead, it is the opposite – his face shows a softness, full of love and kindness. No revenge or blame is evident for losing his parents and brother. What I see instead is the kindness in his heart and the compassion he felt for all people. I feel his sense of adventure and having a purpose in life. He knew how fortunate he was to have the opportunity presented to him. He looked forward with courage, fiercely taking on the opportunity at hand with resilience, fearlessness and determination.