Another Brick in The Wall 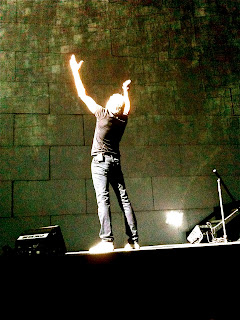 Boy With The Blue Guitar

(I wrote this song a few years ago when my son Dusty could still play the guitar. Today, just holding a spoon to feed himself is heavy for him).
I can hold a thousand grains of sand inside my hand
Why are all my crazy thoughts so hard to understand
I would walk ten thousand miles in the pouring rain
Just to see you smiling once again
Chorus
It’s funny how the real things are always about love
The answers are within ourselves, not in the stars above
Just ask the boy with the blue guitar
Just ask the boy with the blues guitar
I can see a thousand stars when you’re lying by my side
Nothing really matters here when there’s nothing left to hide
Confused by all those city streets reaching out to escape the haze
Melancholy surrenders to the sunset’s fiery blaze
Chorus