Recently I was in my doctor’s office for my annual check up. I sat patiently in the waiting-room looking around at the pictures of his family positioned in large frames across the walls, and noticing how over the years his family of five children has grown to include husbands, wives and grandchildren. I was then called into another smaller room, where I waited for a few moments before the doctor knocked on the door and walked in. He greeted me warmly with a handshake and a smile, and touched my shoulder lightly as he sat down opposite me.
Excitedly, I told the doctor that my first-born was going to be 18 in a few weeks. We reflected on how quickly the time had passed as we proceeded to compress the events of the past years into a matter of minutes.
He was my doctor throughout my three pregnancies. He was a lucky find, a kind and softly spoken man with a calm and peaceful nature. I was just six weeks pregnant when I walked into his office those 18 years ago.
Being pregnant and my journey into motherhood, was one of the most fulfilling and rewarding experiences of my life. I couldn’t wait for the routine doctor visits to hear how much my baby was growing, and as the visits became more frequent, the doctor became more of a mentor to me.
I knew I was in good hands. He was able to ease all of my concerns and worries as the due date drew nearer. I was still completing my master’s degree at the time, and was actually preparing to go to an evening class the day the baby was born. It was 3:00 p.m. when labor began. We got to the hospital at about 5:00 p.m. The doctor showed up, and the team was complete. Just two hours later, at 6:51 p.m., my son was born.
As we continued to talk about my health and life, the doctor asked how my son was doing.  My eyes filled with tears as I spoke about the progression of his Duchenne muscular dystrophy since I last saw him a year ago. In his kind and soft way, he again eased my concerns and worries. He continued being present to what I was saying.
The doctor really has been part of this Duchenne journey. Not only did he bring my son safely into this world, but he has looked after my health throughout all my pregnancies and follow up visits over the last 18 years. In this way he has been more than just my doctor but also a spiritual teacher and friend.
Pregnancies and babies and motherhood are life-changing events, and to come back every year to the same doctor to discuss and ponder these events is rewarding. Life goes fast, and these doctor visits have allowed me to stop and reflect and share with someone who is genuinely interested.  After all, I put all my trust and faith in him during that delivery.
Most of all he understands. He understands the emotional investment we have in our children. As a doctor, he plays a major role in bringing babies into the world, present to the happiness and joy, and also to the sadness and devastation. The delivery experience can be as hectic and complicated as it is calm and peaceful.
He gathered his papers as we neared the end of our appointment. I noticed he was much grayer than last year, and nearly bald, but still the kind and calm man he always was. As he stood up and shook my hand, he looked me knowingly in the eye and smiled just like he did the very moment he handed me my perfect son, seconds after he delivered him, 18 years ago.
Posted by Cath Jayasuriya at 12:44 AM 2 comments:

The Dark Cloud of Duchenne 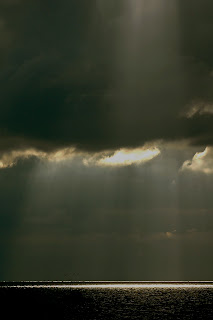 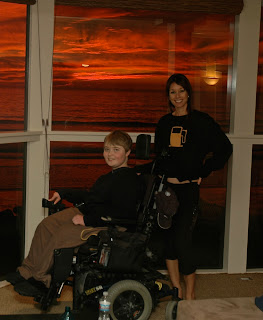 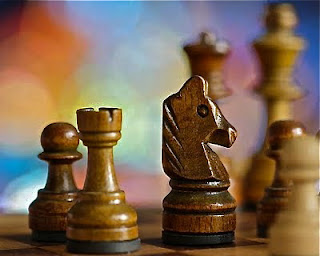 It was my son’s first driving lesson. I stood and watched from the driveway as he carefully pulled away from the curb, his instructor next to him equipped with an emergency brake pedal. I was excited for him and as they disappeared around the corner, I couldn’t help but reflect upon my first driving lesson, and how I remembered it like yesterday.
As a teenager, learning to drive was one of the most exciting things I experienced. Once I got my license I used to enjoy the freedom of exploring, and would happily zoom along the narrow, winding country roads of Kent, and also through the tropical rain showers along the unpaved, potholed roads of Sabah. It was thrilling. It was an adventure.
I used to enjoy conversations that revolved around cars, V6 engines, torque, pistons, spark plugs and so on. Not that I understood the intricacies of car mechanics, but I knew about the best performing cars of the day. I drove my fair share of cars that were exciting to me.
The most exciting car I drove was when I purchased my 1966 Ford Mustang, 20 years ago. The car’s freshly waxed, Cherry Red paint glistened in the Californian sunshine, and its emblem, a shiny chrome galloping pony across the grill, leaped out at me, as if beckoning me to buy it. I knew that car was meant for me. Its engine roared and sounded powerful and rugged.
Every time I drove that car, I thought about the galloping mustang, with its mane and tail flying in the wind. The Mustang accompanied me on many an adventurous road trip north, south and from coast to coast across the United States.
I thought about the adventures in store for my son, as he embarked on his series of driving lessons.
A few days later, my son shared with me some difficulties he was having staying focused during his driving lessons. He asked me if I had any tips. That evening, I challenged him to a game of chess.
As we sat down across from each other, we set up the chess pieces on the board. I referred to my knight as a galloping pony. My son played white. As he moved his pawn forward I said to him that in many ways chess was a lot like driving. Chess has rules just like driving. In chess, you need to be focused, aware, accurate and decisive, just like driving. The pieces on the board, I continued, were like the cars on the road, unpredictable. One needs to be razor sharp at all times. One small error can be fatal.
I observed my son throughout the game and saw him think, analyze and forward plan his strategy, in a measured, calm and objective way. I suddenly realized he was gaining an upper hand in the game. After the constant cross checking of pieces and problem solving, an intricate game emerged where the pieces on the board appeared locked in. The game became intense but exciting, just like driving.
My queen swept across the board and took his bishop. Intentionally, he put my king in check. I maneuvered my king to the corner square. With precision, he took my galloping pony. He won the game that evening.
After my son’s next driving lesson, he said with confidence how he felt more comfortable, aware and focused on the road this time. He added that he has started to really enjoy driving.
Under a large light green, faded cover, in a garage, sits that old Mustang raring to go. It is still as shiny and sparkling as it was that first day I set my eyes on it. The galloping chrome emblem still leaps out at me. I have kept it as a gift for my son to drive. Now, it is his turn. It is his adventure to have.
Posted by Cath Jayasuriya at 9:18 PM No comments: